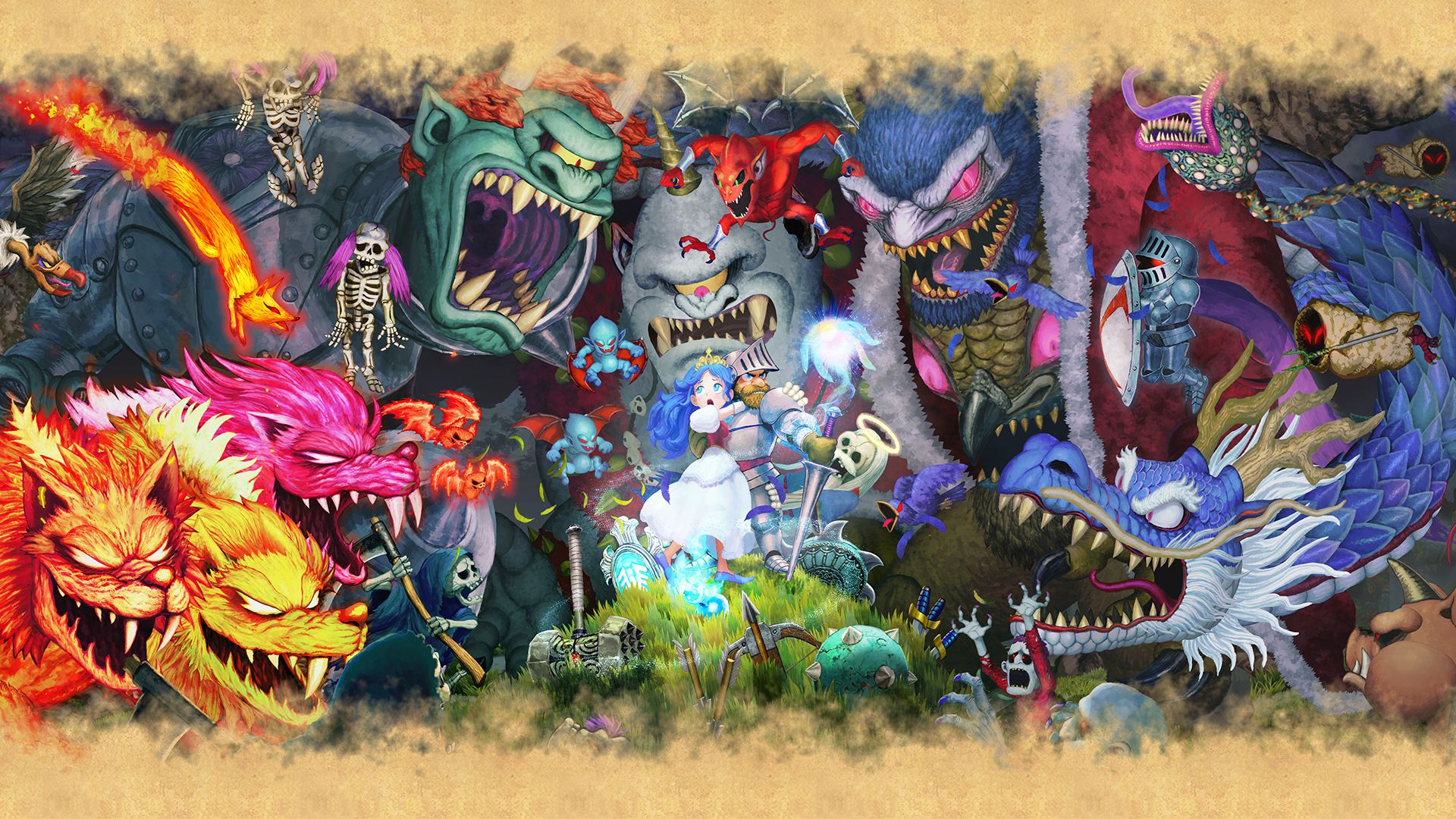 The Ghosts ‘n Goblins series holds a nostalgic place in my heart. I used to own the Mega Drive version of Ghouls ‘n Ghosts as a child. I remember the cover being absolutely awesome, with Arthur being surrounded by lightning whilst an armoured demonic creature loomed menacingly behind him. The music and the visuals in the game were top notch, and you really felt like a badass every time you progressed further than before. I think I even got to the end of the second stage once. Oh yeah, that game was rock solid. Later on I eventually played the original Ghost ‘n Goblins, and even Super Ghouls ‘n Ghosts; both titles were just as fun as the one from my childhood, and just as punishingly difficult too.

After a long, long, long period of dormancy, will Ghosts ‘n Goblins Resurrection rekindle the hardcore badassery of the original, or should it be cast back into the flames?

ANOTHER LOOP
Resurrection, as the name suggests, is a reboot – or perhaps a retelling – of the original title. If you have played any of the titles in the series, you should be familiar with the plot: the brave knight Arthur is with the fair Princess Prin-Prin, when she suddenly gets kidnapped by demons and taken away to the hellish Shadow Citadel. Arthur promptly throws on his armour and sets forth to the demon realm to save her. In essence, it’s basically Mario but with demons. The set-up unfolds through a brief storybook-style opening cutscene, which brought back memories of Black Knight Sword. It’s well done and sets the stage for what’s ahead.

As for the gameplay, Ghosts n’ Goblins Resurrection is a balls hard platformer; its difficulty is in part due to Arthur’s solitary jump that cannot be adjusted mid air, but predominantly due to the onslaught of enemies that will be forever coming your way. Whilst it may sound unfair, it rarely feels like it. As with the latest Mega Man game, Capcom have managed to be hardcore enough to satisfy purists of the series whilst also being accessible enough for newcomers too. The game offers a range of difficulty options, with Legend mode being most akin to the original game: a single hit will strip you down to your boxer shorts, and a further hit will strip you down to your skeleton (dead). Easier modes allow for additional hits, as well as a reduction in enemy count – not to mention the inclusion of checkpoints. The latter of which works extremely well to the game’s accessibility. Checkpoints are spaced pretty frequently, meaning you only ever need to learn a short section before being rewarded with a banner saving your progress. If that still isn’t enough, Page difficulty will respawn you where you die, allowing you to brute force your way through – just be warned that you will be unable to beat the game properly on this setting. 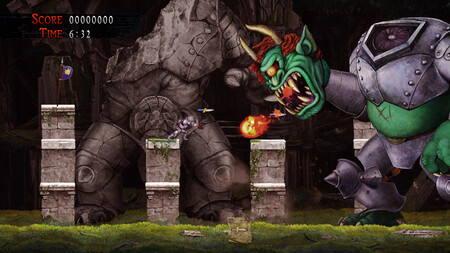 IT’S A KIND OF MAGIC
In addition to the difficulty levels, the game also has a magic upgrade system which you access by obtaining Umbral Bees that are scattered throughout the levels. The upgrades are really fun to use and prove very useful in helping you survive the demonic hordes. There are loads of bees about, and it’s even worth going out of your way to get them – even at the risk of jumping to your death – since they save on collection, and the upgrades they provide really help make your journey easier.

Of course, all these tweaks to make the difficulty suitable for gamers of all skill levels would mean nothing if the levels are no fun, so it’s a good thing that they are a blast to play. There are five stages made up of seven levels, with the first couple of stages giving you a couple of different options to choose from. All are relatively lengthy, especially since you will no doubt be dying a fair bit as you go through them. As a reboot of the series, you will spend most of the time in familiar locations from past games, but don’t despair – whilst they share some of the same themes, and even the occasional set-piece, the level design is mostly new and is mostly fantastic. I had a huge smile on my face the whole time, even when I was constantly dying. It’s such a shame that it’s over before the game really gets going. I initially expected there to be multiple level options for every stage until the final one, but unfortunately stage 3 and 4 contain only one option. It especially hurts considering the final stage is extremely short and linear, serving only really for boss refights. Thankfully though, the game is not over once you beat the final boss….

THE NIGHTMARE NEVER ENDS
As is tradition, beating the final boss prompts you to go through the game again in order to fulfil some meaningless requirement to reach the true ending. With Resurrection this requirement is to obtain all of the demon orbs in the game. To do this you need to go through all of the normal stages, and also all of the transformed stages too, which unlock after the first playthrough. Whilst this may seem like a lazy effort to pad the game out, the transformed version of the stages actually change them up quite significantly: new enemies appear in the older stages (some of which are completely new), stage mechanics are reworked, and the level feels very different. In some cases, such as in stage 3, I actually prefer the transformed version to the regular one, just because of how much more interesting they make it. Most of them do a pretty good job of changing things up, so it’s a shame that the bosses don’t appear to be any different – I certainly would have loved some new boss patterns or something to make them truly feel like all new stages. When you finally overcome these transformed versions, and you complete all of the hidden hell hole challenges, only then will you be able to face the true final boss. It’s incentive to keep you playing and helps increase that playtime a little more.

EYESORE OR EYE CANDY?
I guess it is time to move onto the elephant in the room: the game’s visual style. As aforementioned at the start of the review, the game opts for a storybook aesthetic with characters that look almost like papercraft. In screenshots and the initial trailers, it seemed to be more reminiscent for a flash game than something made by a AAA developer. It was certainly worrisome for fans of the series, myself included.

However, I am pleased to say that in action it works… most of the time. The look and feel of the world fits the Ghosts n’ Goblins universe perfectly, with everything looking and moving just how you remember it; however, the levels are nowhere near as static as they used to be, with the environments shifting organically around you as you progress through the stage – it results in the stages being far more interesting and, dare I say it, makes them look absolutely beautiful at times. Nevertheless there’s also the odd occasion where things don’t quite look as nice and you get an enemy character that just looks a bit off, giving you that horrible Flash-like feeling. One standout example are the Blue Demons from the second stage – they seem a bit out of place and makes that section of the level look a little ugly. It’s disappointing when things don’t look quite right, but thankfully it is the exception rather than the rule.

Where the game doesn’t falter though is with the music. Love or hate the games, the music is the one thing that everyone can agree is a highlight of the series, and Resurrection does not break that trend. This was one worry I had after the rather tepid soundtrack of Mega Man 11, but they do not disappoint here. Sure, many of the tracks are remixes of older music, but it still sounds fantastic and are likely to be stuck in your head weeks later. 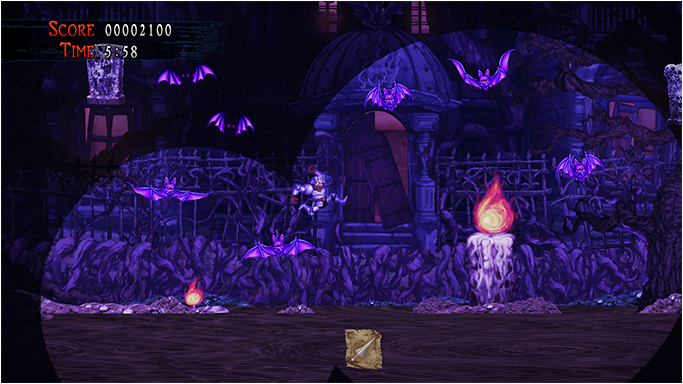 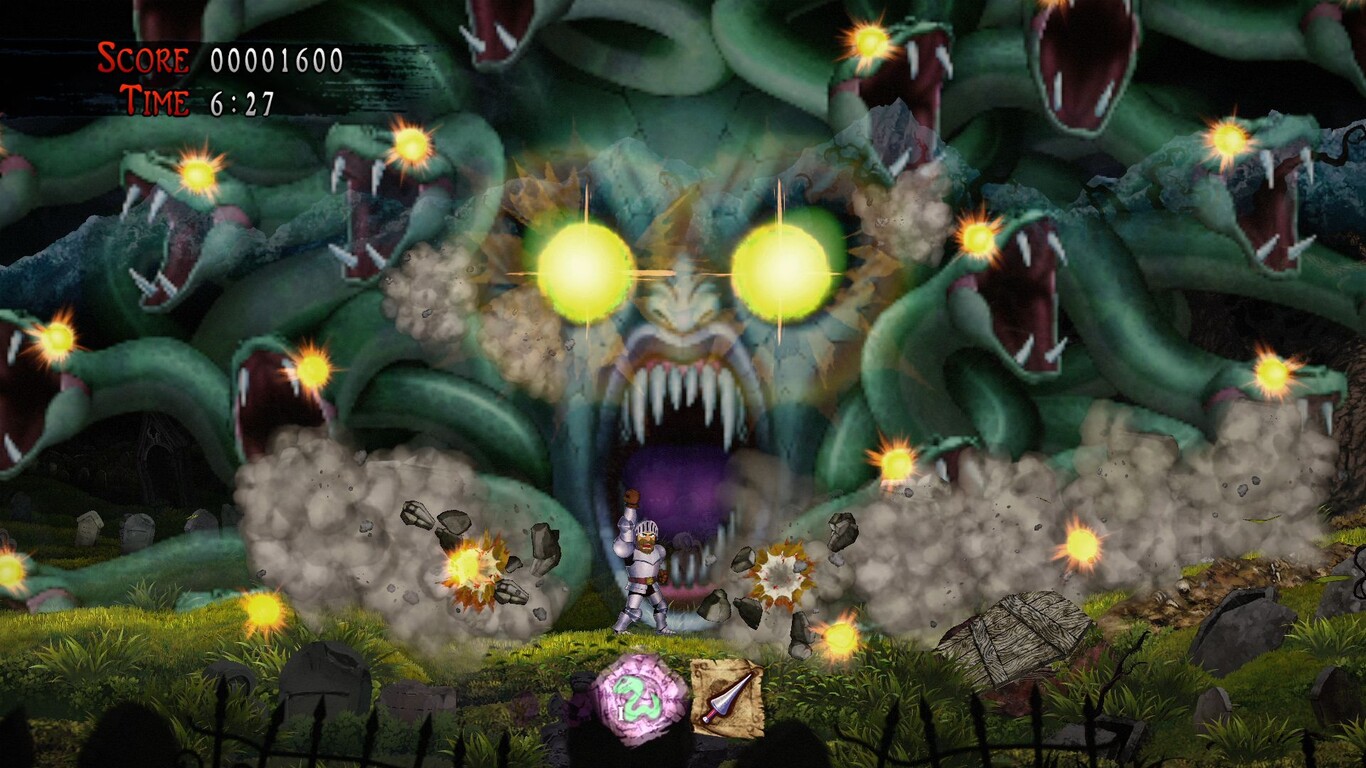 I went into Ghosts n’ Goblins Resurrection being cautiously optimistic, and thankfully Capcom delivered… for the most part. The game is an absolute joy to play, and they handled the reboot excellently. Extra game modes, like in Mega Man 11, and some extra levels would have been appreciated considering the high price point; however, I know I will be replaying this for years to come. The new additions to the series has made Resurrection my favourite title in the series. I just hope we don’t have to wait quite as long for the next title. 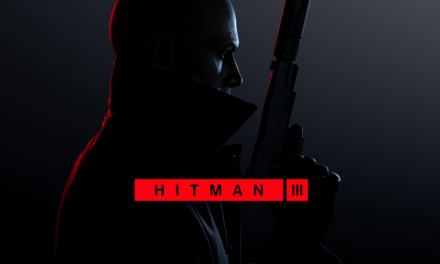 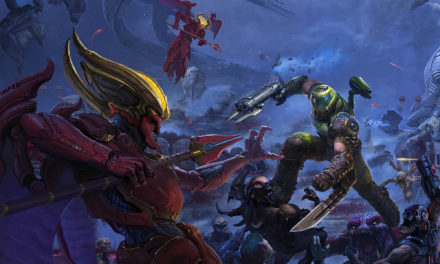 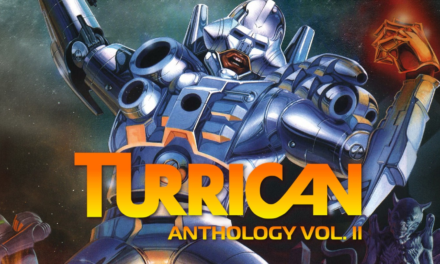 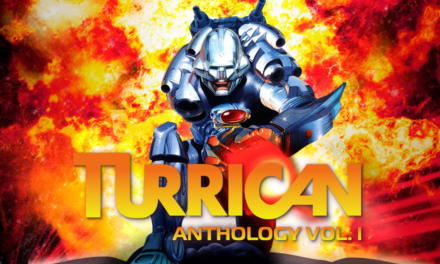