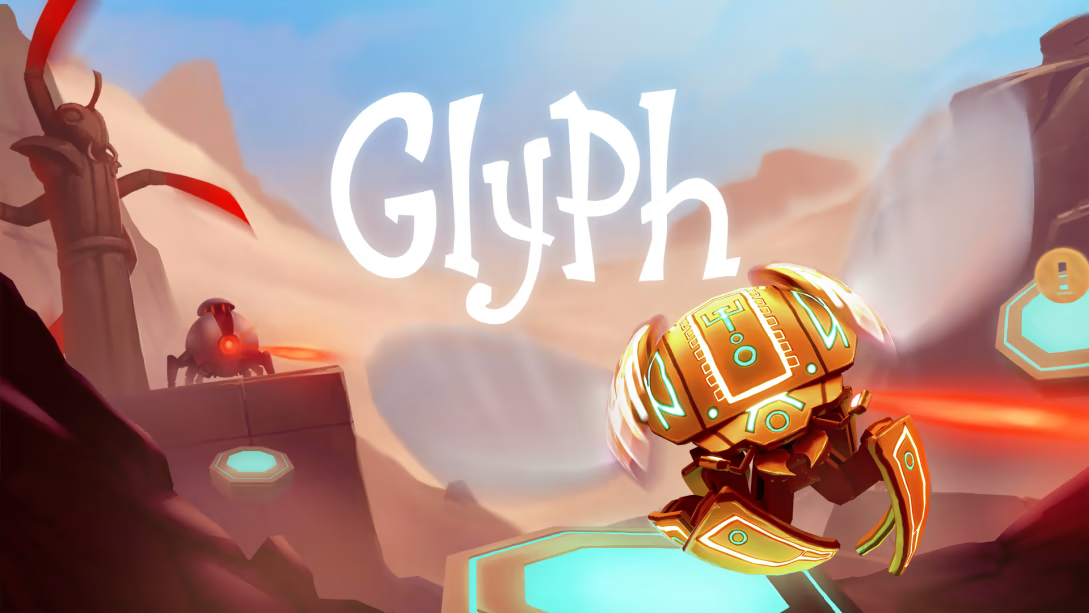 Glyph is a bit of a strange game. Having played many ball rollers over the last couple of years, I thought I’d seen the limits of just how you can roll a ball around.

This game, however, feels unlike anything else I’ve played before. Not necessarily better, but certainly unique. Something that made the game extremely compelling to a ball rolling aficionado like myself.

Many thanks to Bolverk Games for the review code.

A BUG’S LIFE
As a recently revived mechanical scarab, you have been tasked with rebuilding an Egyptian civilization that is currently buried beneath the sand. Under the guidance of Anobi, the one who brought you to life, you need to collect the crystals needed to exhume the ancient ruins and stop the ancient guardian, who is preventing life from flourishing here. To collect these crystals, you need to roll, jump, bounce, and glide around the different levels – gradually unlocking more and more areas as you go using the crystals you obtain.

It’s an interesting setup to be sure, and the mechanical scarab works well as a ball roller – its design allows for a moveset that both fits the character and feels satisfying to use. Glyph may be a little floaty and bouncy, but it works well for the most part. Unlike Skully, which is probably a better comparison to Glyph than the Super Monkey Ball titles, our hero controls perfectly fine once you get to grips with how everything works. I rarely had any issues jumping between platforms and even landing on the smallest of objects in Glyph – which was something I found to be a major problem in Skully. One thing that helps is the slower pace of the game: it feels like a post apocalyptic environment that is devoid of life, so the lack of time pressures (in most levels) makes the game an almost zen-like experience at times.

And that’s what really sets this game apart from other similar titles. The 80+ stages in Glyph aren’t as linear as you’d expect: you’re typically dumped into a small, yet open, area to explore at your own leisure. There are occasional traps and obstacles from time to time to keep you on your toes, but your main focus will be on exploring and collecting rather than overcoming physics puzzles. Each stage has a multitude of coins, gems, keys, and collectibles for you to locate before you reach the exit, and doing so will  allow you to unearth more areas containing more levels. It’s quite a relaxing gameplay loop, with rarely anything that will stress you out.

FLOAT LIKE AN EGYPTIAN
That’s not to say the game isn’t tricky: in fact, at times the game can be downright brutal. From hidden collectibles in far away places, to trickily placed gems, or even the crazy-hard time trial stages (at least, to get the fastest time on), Glyph occasionally throws in things that will challenge even veteran ball-rollers throughout its playtime. Most of the time, it works well, but every now and then you’ll face something that seems to be somewhat of a difficulty spike. These levels aren’t necessarily bad, but that sudden jump in difficulty can be somewhat jarring.

The good thing is that the game is very open as to how you approach it. As you gain gems, you’ll have various options as to what to unlock next, with your main goal being to access the main part of the building that lies at the top – where the guardian awaits you. Getting there only requires a proportion of the total gems – probably a little over half, at a guess – so you’re free to pick and choose the levels you want to play. Each one has a difficulty rating, so you can quite easily avoid any stages that may seem too tricky.

There are quite a lot of levels on offer too, although they do lack a little variety at times. Whilst not all of the levels are set in bright deserts, the majority of the game will still have a very similar feel to them – as charming as that look may be – and there isn’t much variation in the obstacles that get in your way. A spike trap here, a wobbly platform there, and not that much more. It makes the game less stressful, to be sure, especially when coupled with the relaxing melodies that accompany your exploration, but it would have been nice if there was just a little bit more in the way of platforming puzzles every now and then. 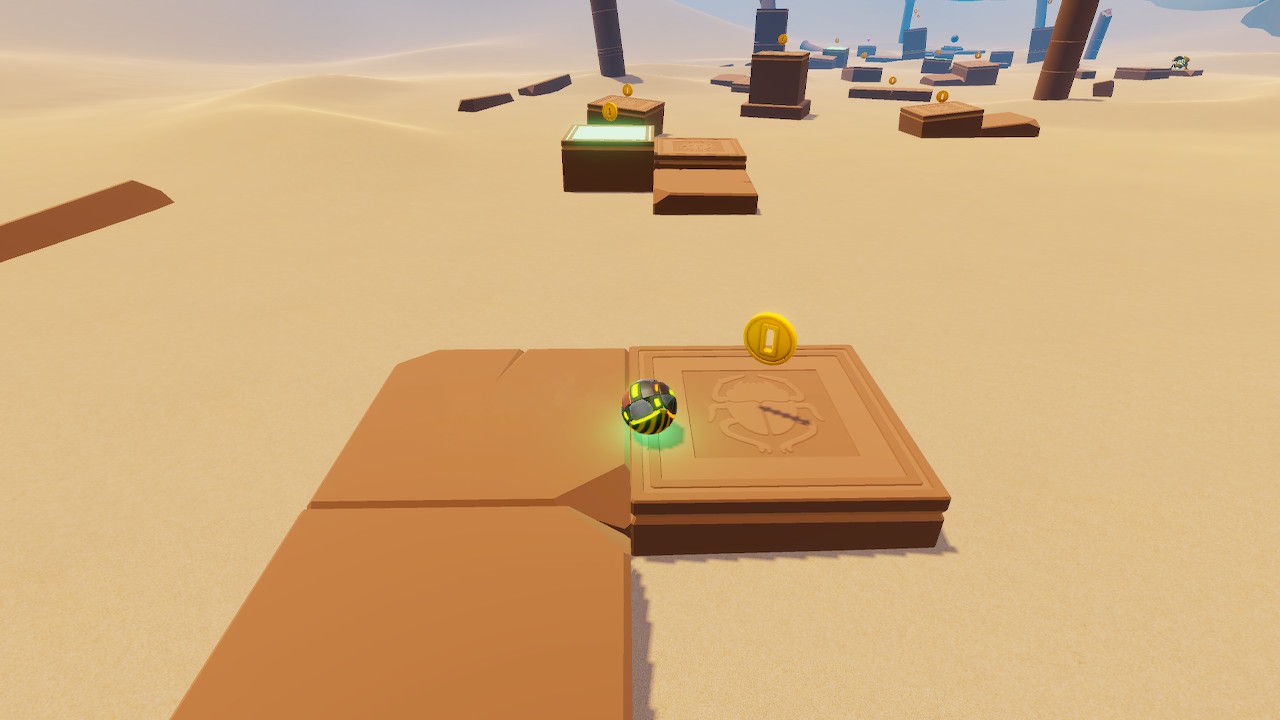 All in all, Glyph is a bit of an unusual game. It’s an almost meditative ball-roller, with tricky bits thrown in every now and then. It may lack variety, but it does have its charm that will likely appeal to fans of the genre. I certainly enjoyed my time with it, despite its faults. Still not sure? The game has a demo available on the eshop if you’re on the fence, so I’d recommend checking it out – you may end up exhuming a hidden gem of your own. 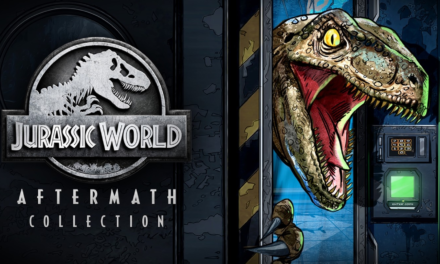