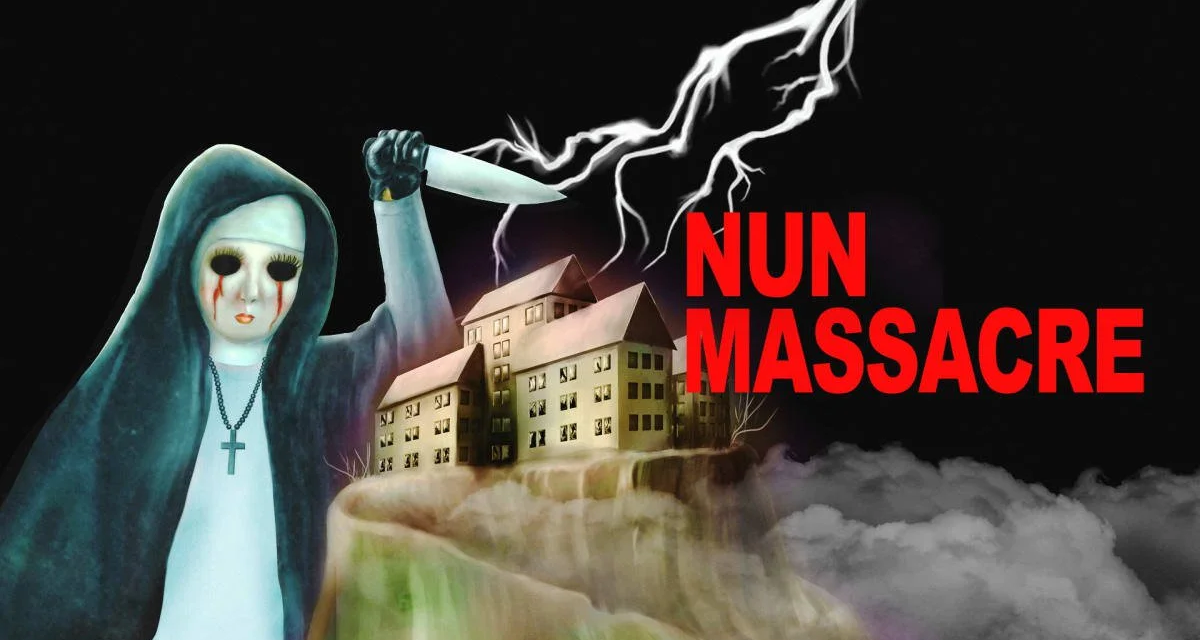 A few months ago, I got around to covering Murder House in order to celebrate the announcement of Nun Massacre – the second Puppet Combo title to make its way to the Nintendo Switch. The third person perspective was wonky, but when played in first person it was an absolute treat and a great unique survival horror title.

So, now we have the big update for Nun Massacre, upgrading it to a ‘definitive edition’. I guess it’s about time I jump into it and see if it’s as good as it looks.

NUNS ON THE RUN
Nun Massacre follows the same type of 80s video nasty pulp that Puppet Combo is known for, centering around a mysterious letter that turns up to your house informing you that your daughter has fallen ill at her boarding school and you should come immediately – which, of course, you do.

After arriving, a storm comes and destroys the path back home. The only way to go now is forward and up the long winding path where, unbeknownst to you, a mysterious psychopathic nun lies in wait – read to hunt you down as you try to find out what happened to your daughter.

It has a strong setup, and the PS1 VHS visuals are absolutely gorgeous, adding to the game’s already atmospheric ambience, It all feels authentically terrifying and never fails to keep you on edge. In particular, the intro section (which you can choose to skip) really helps set the mood of the entire game and underscores just how much Puppet Combo knows his horror. The story does fall a little by the wayside once the game starts; sure, there are notes scattered around that provide you with some added context, and the game does have a ridiculously pulpy resolution, but the focus is well and truly on the nun once the game gets going.

Who is the nun? Why is she psychopathic? Where is your daughter? What the hell is that tiny midget thing you keep seeing? That is what you’ll hopefully uncover during the course of the game. 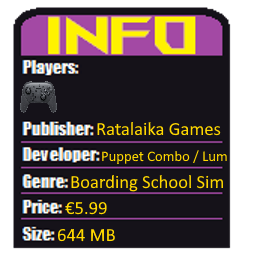 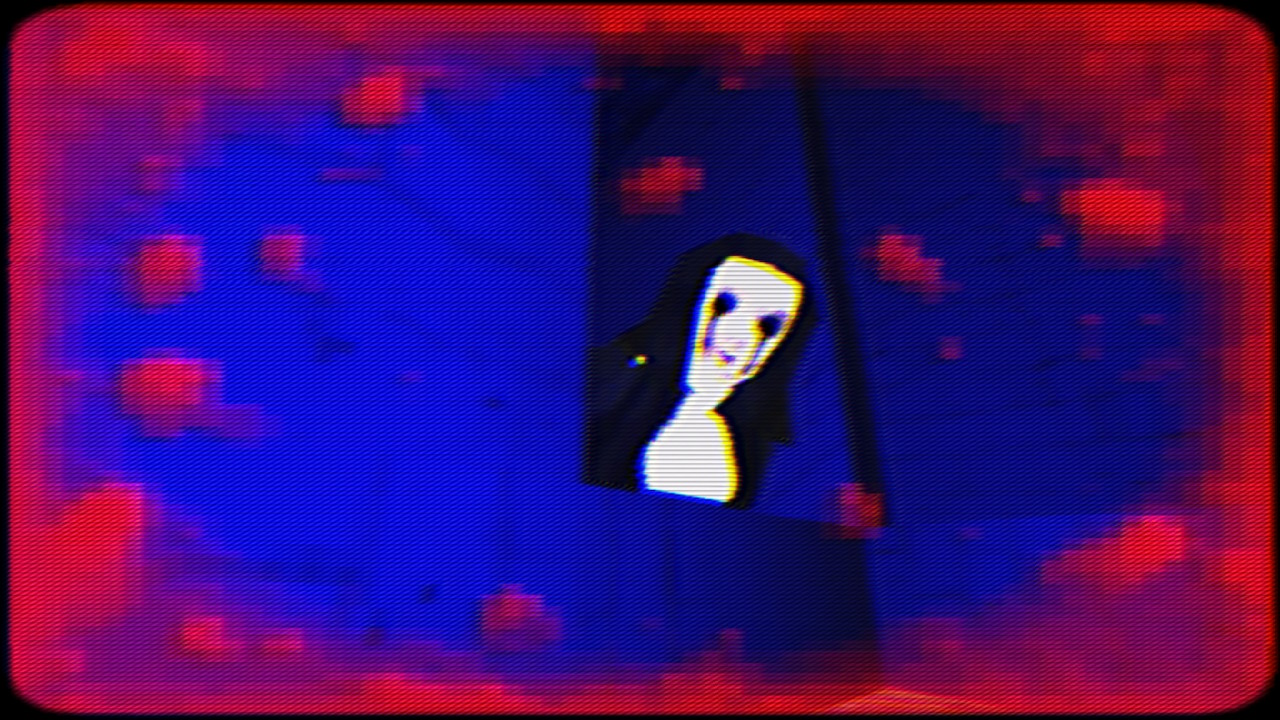 NIGHT OF THE NUN
The gameplay is a little different to what you may be expecting from what is essentially a survival horror game of sorts. Instead of offering a more linear adventure with progressing storyline, instead you’re dumped into the boarding house and are left to explore and find a way to gain access to further parts. The game does well at easing you in, with you being limited to just one corridor at first where you simply need to find the key item that helps you to progress, as well as finding a trusty lighter and some other minor bits and pieces. It allows you to get to grips with some of the essential mechanics before you’re given a much larger area to explore. You’ll also likely notice that there are certain areas where you are given the option to hide, which imbues a sense of foreboding for what lies ahead.

After gaining access to the upper floors and ventilation system, you’ll soon encounter a myriad of dead ends in addition to an assortment of items that you will soon realise you can’t hold. With an extremely limited inventory space, you’re forced to drop items you think you won’t need any more and hold on to the essentials. You’ll gradually unlock doors that allow for easier backtracking later on, so learning the layout of the map is essential. The layout seems appropriate for the location you are in, and the puzzles are designed to keep you moving around to increase your chances of coming across the nun.

The titular killer nun is lurking around the building, and you never know when she is going to turn up due to her randomised positioning. VHS static will clue you in that she is near, prompting you to be careful and be ready for evasive action, but it’s not until the deafening klaxons and screaming starts when you’ll really need to get running. As mentioned earlier, it is possible to hide from the nun, or even distract her, but it’s quite tricky to do so. Even on easy she can feel like a force to be reckoned with. It makes things pretty tense and stressful.

Evading the nun-ter on your trail will be your main priority as you solve the clues; she’s fast, she’s relentless, and she’s absolutely terrifying. It’s a slight shame then that she never really gets a real introduction like the Easter Ripper did in Murder House: the first time you will likely meet her after falling into a stupid inescapable trap near the start of the game. It’s something you are unable to get out off, so you’re left to listen to the thunderously loud clanging music as you sit there helpless before the nun starts stabbing you to death, forcing you back to the menu with a game over. This death counts as one of the bad endings, meaning that you have to start all over again from scratch. It does leave a bit of a sour taste in your mouth right at the start of the game, but thankfully these types of traps are few and far between. 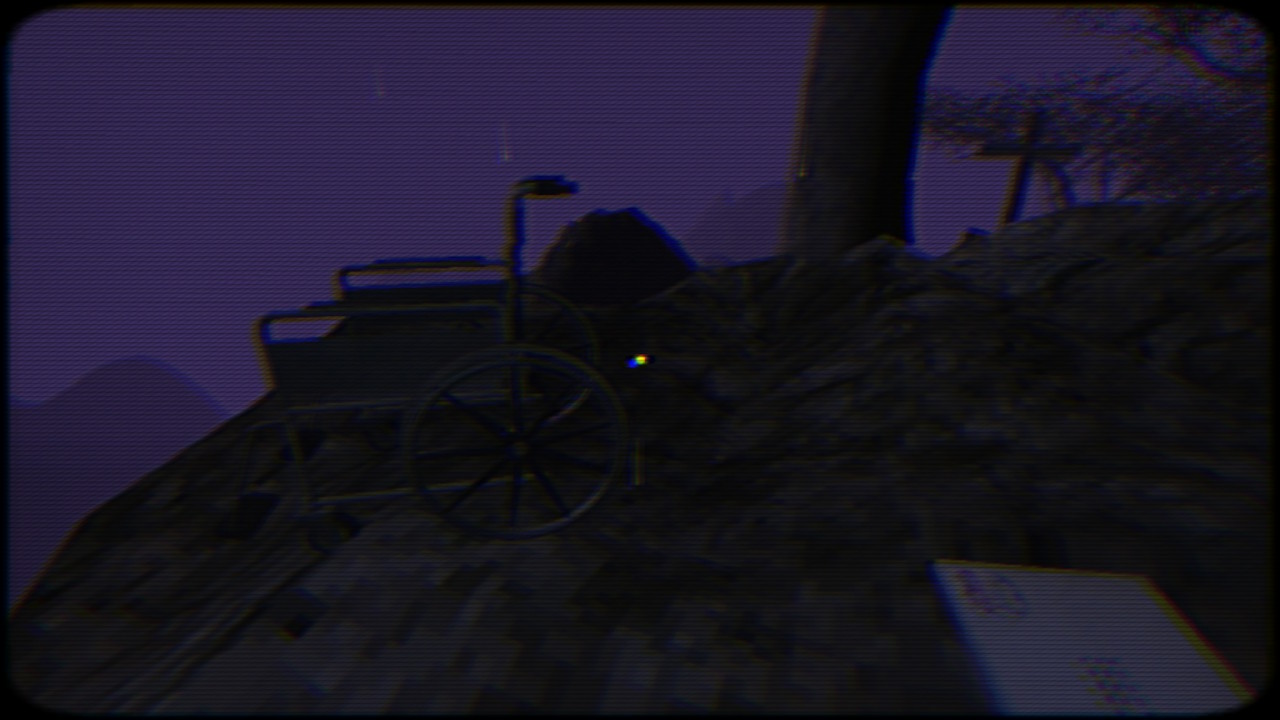 THERE CAN BE ONLY NUN
But, the key is learning from your mistakes There’s no save system here, so learning where the small number of insta-kill traps are will be essential if you want to avoid those ‘bad endings’. Thankfully, a mere death by stabbing will cost you one of your three lives. Lose them all (and you will), and it’s game over. It can be frustrating to game over, and the lives are so limited that you probably will, but the map and game is relatively short so you never really lose much progress so long as you remember where the key stuff is. I had to replay several times until I had a good run, but by the time I had beaten it, I had a pretty good idea where stuff was for future runs. This difficulty will no doubt turn many players away, but it is worth sticking with. The updated version added an ‘explorative’ difficulty which supposedly removes the nun, but it’s a bit of a lie. She definitely does appear, but a lot less frequently than the other difficulty modes. Hardened players, or masochists, can also bump the difficulty up to make the nun even more of a threat and there’s even an excellent randomizer function that moves all the objects around to make things remain fresh during replays.

Speaking of replay value, the definitive update also adds in three new scenarios – each containing their own unique ‘nun’. They’re other killers, which I believe are guest appearances from other Puppet Combo games. Each one has different unlock requirements, giving you more incentive to master the main game. Whilst there are some new areas, these scenarios still take place in the same boarding school. The Factory scenario, for example, centres mainly around one of the lesser used areas of the game, whereas The Circus alters and retextures the main area. The changes in these scenarios aren’t drastic enough to make it seem like a new game, but the different puzzles, storyline, and killers help give fans of the main game a reason to return to those dark corridors. 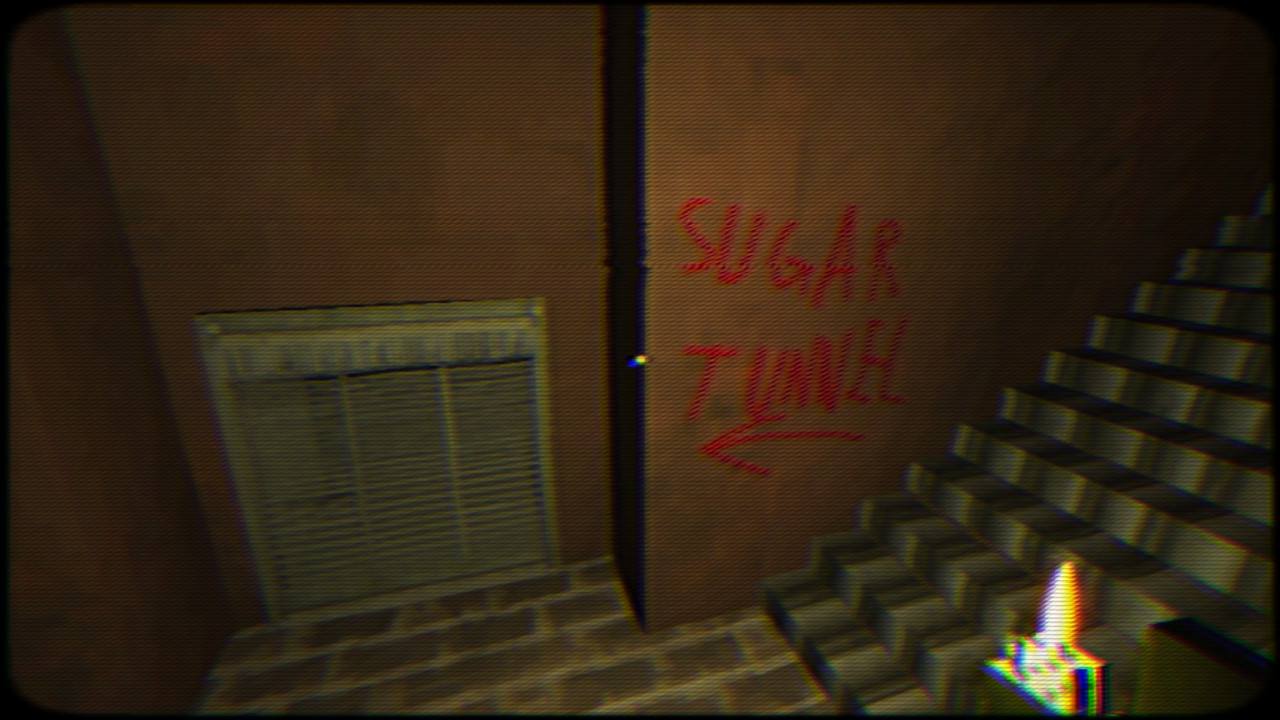 Nun Massacre is a far different beast to most other horror games, and the punishing nature of the game will likely turn off many. However, if you can stick with it there’s some really neat puzzles inside what is quite an atmospheric game; what’s more, the game offers an absolute ton of content for the dirt cheap asking price now that the definitive version update has dropped. Whilst I prefer Murder House overall, Nun Massacre is far more replayable for a quick scare and one horror fans should at least give a try. 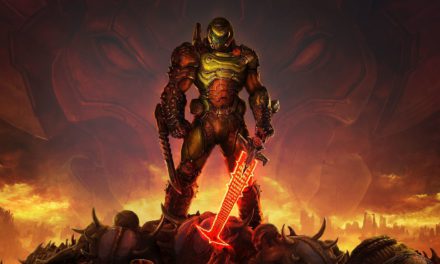 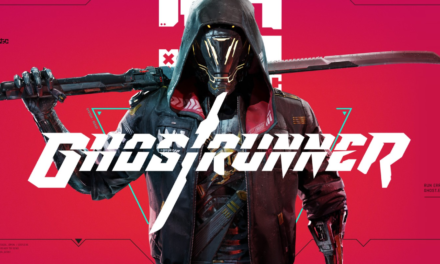 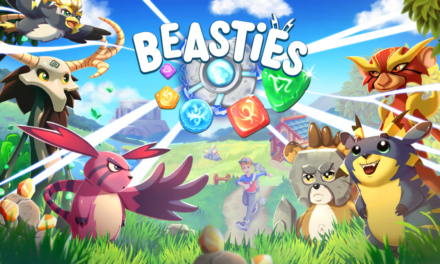 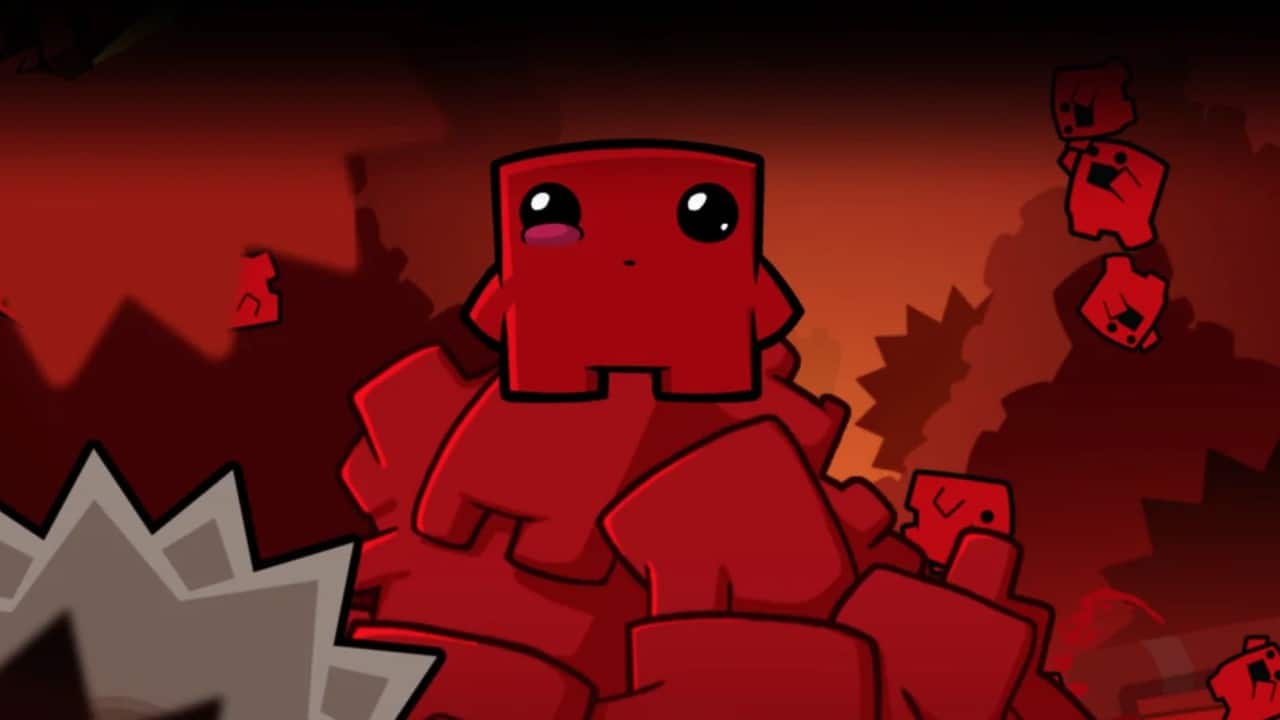