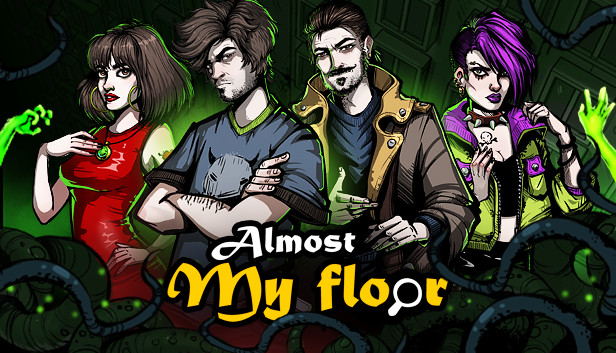 I love a good horror game, especially when they try to do something a little different, The easy thing to do is a horror walking simulator, or perhaps even a survival horror, and they can be good – but many of them fall flat.

A less common genre for horror games is that of the point and click. They exist, but are far less frequent. Unusual, considering that horror games usually have a strong narrative focus.

So here we have Almost My Floor, a game that launched on Steam around a year ago to quite positive reviews and is now coming to the Switch courtesy of Sometimes You.

Is it worth taking that elevator ride up? Let’s see!

Many thanks to Sometimes You for the review code.

HOLD THE FLOOR
Alex isn’t exactly at the best point in his life at the moment. He lives in a shitty apartment building on the crap side of town, his girlfriend left him, and he suffers from constant chronic migraines.

To make things even worse, after getting back to the apartment block he finds the elevator doors broken yet again. After a slightly cringeworthy encounter with one of his neighbours, he finally gets a hold of a crowbar to pry open the doors.

Things go from bad to worse as the endless journey up descends into madness as reality and fiction start to merge together. Evil forces, eyeballs, and monsters all lurk around stopping him from getting back home.

Meanwhile, detective Adam Trust is investigating the disappearance of Alex’s girlfriend. Could Alex be responsible, or is there a bigger mystery afoot? 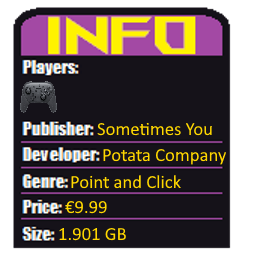 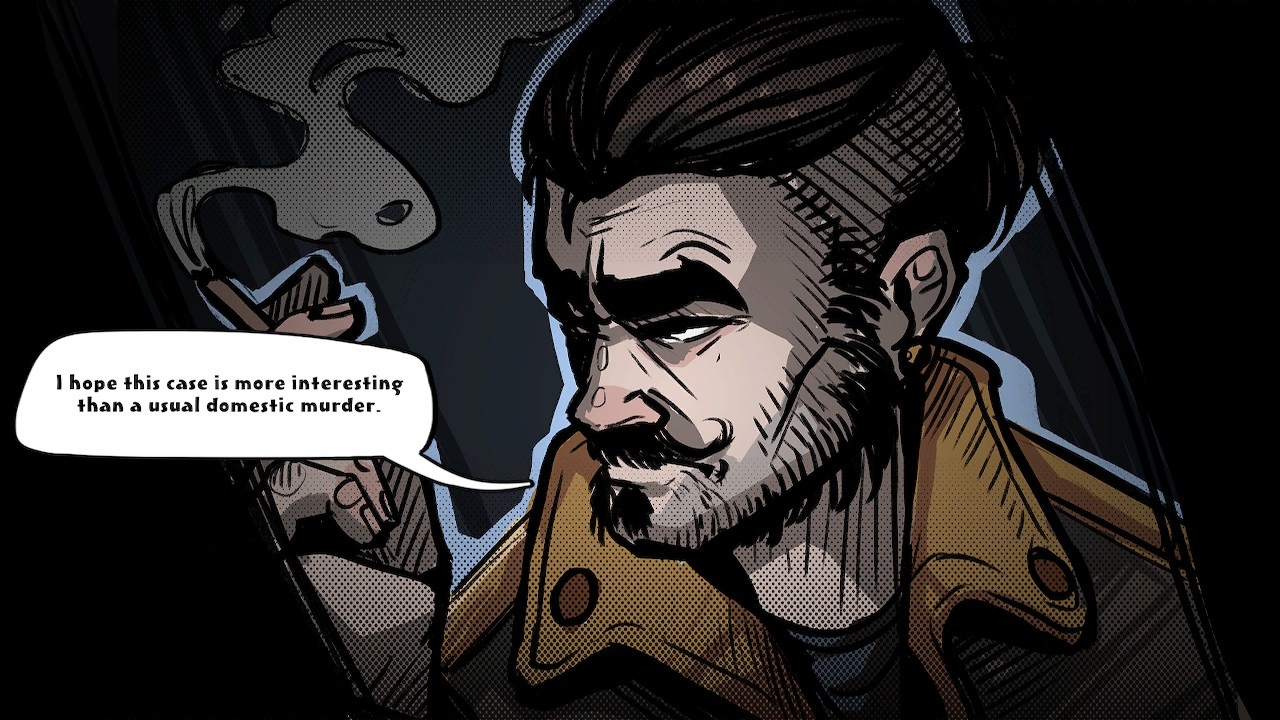 ELEVATOR PITCH
Almost My Floor plays a little bit differently to your average point and click game. As you navigate the building you will be obtaining items via a cursor you can bring up with the right stick; these can then be manipulated with the environment in the traditional way: expect puzzles such as taping up the eyehole of a door, allowing you to steal a bicycle spoke, for example. However, there’s also a healthy dose of puzzle and QTE minigames scattered about too. The former are generally pretty straightforward, but with enough variety in them to maintain your interest. QTEs on the other hand typically crop up under dangerous situations, requiring quick reflexes in order to make it out alive. The game saves after pretty much everything you do, meaning that any surprise deaths will only set you back a few seconds or so.

The puzzles here are nothing too complex, especially as each floor usually only consists of a couple of events that you need to overcome before heading to the next area. This restricted format removes any need for backtracking, but it also makes for a pretty easy game too. On the plus side, it does allow you to focus on the narrative without any lengthy interruptions while you figure out how to proceed.

The narrative itself is pretty interesting, since you take control of both Adam and Alex over the various chapters. Both play similarly, but their personalities differ greatly. Adam is a more caring and sympathetic character, whereas Alex is a bit of a scumbag. This attitude differs a little from Buck Bradley where the protagonist is obnoxiously horrible, since at least Alex is a bit more of a redeemable scumbag. His attitude also makes you question just how innocent he may be too, so there’s also some type of narrative reason for it. This is bolstered by certain moral choices that he can make throughout the game, which will affect the ending; whilst moral choices are hardly new to the genre, the interesting thing here is that different choices have different puzzle solutions making them far more rewarding.

It’s a simple game for sure, and the puzzles were straightforward enough that I rarely had to test my logic skills, but I found it enjoyable for the couple of hours I spent with the game. It’s not perfect, however, as the interesting plot certainly has some undercooked elements that don’t feel like they’re explained well, and some of the dialogue can be a little awkward from time to time, but it’s still enjoyable enough to keep you invested and the final resolution feels complete enough to make your journey worthwhile.

I was pretty surprised with Almost My Floor as it offered a rather different gameplay experience to what I was expecting. It has a decent amount of variety in a pretty well-presented package. The game may prove too easy for fans of the genre, and there may be the occasional plot issue, but otherwise it’s a game that horror fans may be interested in giving a shot! 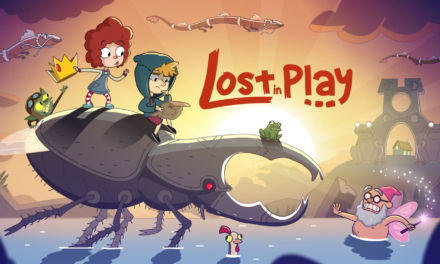 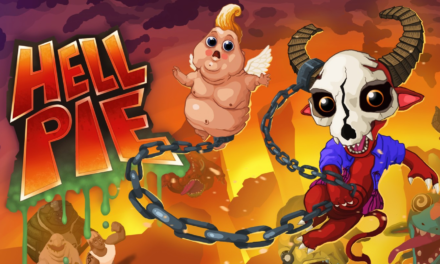