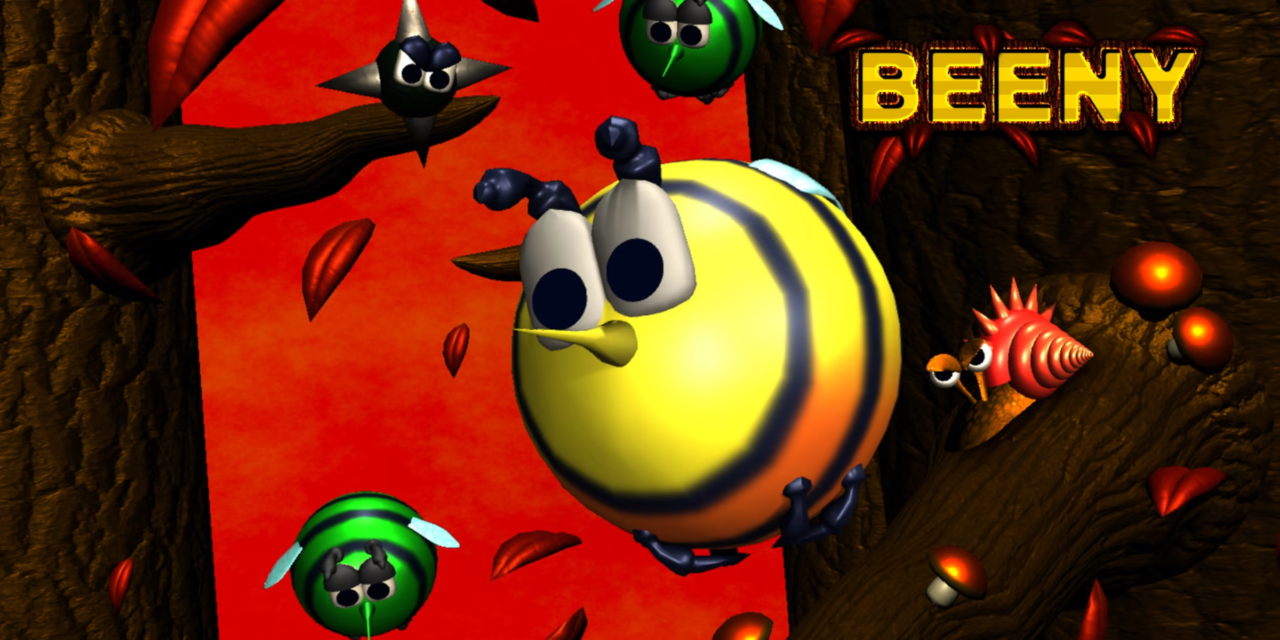 Siactro is building up quite the retro-inspired catalogue at the moment, with 3D games such as the Toree duology and MacBat 64 making up the bulk of it.

So, it was a nice surprise when they announced a title that nobody expected – Beeny, which promised to be a vertical bee platformer that ties in to the upcoming Super Kiwi 64. With its gorgeous visual style that brings back memories of DKC, how could I say no? 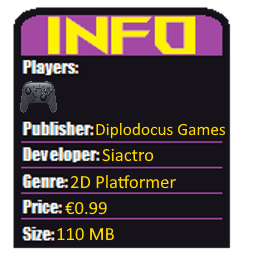 LOOKING FOR SOME HONEY?
The plot of Beeny is as simple as it is missable. Super Kiwi is building a raft to go on his adventure, but is missing some good glue to stick all that wood together with. As we all know, the strongest glue in nature is honey so he asks his friend Beeny to gather some honey to help him out. It’s a ridiculous premise, but one the game clearly knows is superfluous as you’ll miss out on it completely unless you move the cursor to Kiwi’s house on the map selection screen right at the start. An odd choice perhaps, but if you miss out on it the first time around like I did, you won’t exactly be missing out on much in the way of character or story development as there isn’t any. 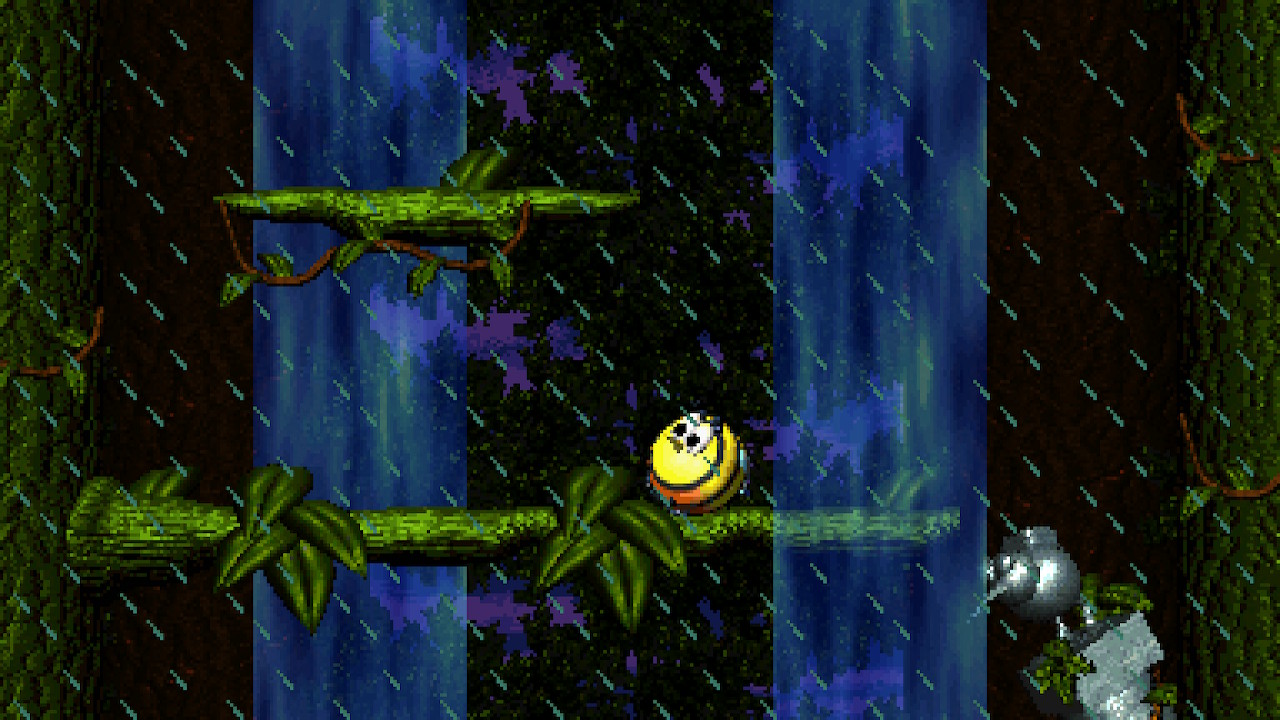 2-BEE PLATFORMER
The gameplay is just as straightforward as the story, seeing our heroic bee ascend nine short trees in order to get to the top. In essence, it’s all about making the right jump to the next branch whilst avoiding the obstacles in your way. These range from slippery platforms, to spiked foes, to even chubby bees that you can bounce off of. There’s a nice range of stuff here to mix things up, even if all the trees feel the same outside of their different theming (of which there are three seasonal varieties).

It all plays a little bit like Getting Over It with Bennett Foddy, except there’s no real penalty for falling down here. Should you mistime a jump, Beeny will fall on top of his giant bee friends who will cushion his fall. It reduces the stress involved in backtracking, but it also rids the game of any real challenge too. Considering Beeny doesn’t even take any damage when hit by an enemy, this results in even the tougher levels requiring patience rather than skill. The platforming itself rarely poses much of a challenge, so expect to be able to beat each level in about a minute. heck, you can beat the entire game in around 10-15 minutes or so – and that includes the bonus stages that come after the initial nine.

And that really is the crux of the problem with Beeny: there’s very little actually here. Just as the game starts to warm up, everything is over. After beating the game for the first time, you can go back to earn time trial medals but you’ll never really feel the need to. The vertical platforming here isn’t exactly as exciting as the fast-paced action of the Toree games, and the difficulty in gaining the gold medals is nowhere near as tough either.

However, despite all that, the game does exude a lot of charm. The music is pleasant and upbeat, encouraging you to go on and see it through, and the visuals are absolutely stunning. They’re reminiscent of something like Donkey Kong Country, but I’d go as far as to say it looks even better than that – it looks more like it’d be right at home on the Sega Saturn as a 32 bit 2D platformer. The game also has some strong ties to the upcoming Super Kiwi 64,  making it feel like more of a playable teaser for that game rather than something in its own right.

Those going into the game expecting a DKC-style platforming experience are going to be extremely disappointed by the games simplicity and its brevity. Beeny is less of a game and more of a budget priced teaser for the upcoming Super Kiwi 64. The game is fine for what it is and the audiovisual presentation is perfect, but it only leaves you with the desire to play Siactro’s next title rather than play more of this one. 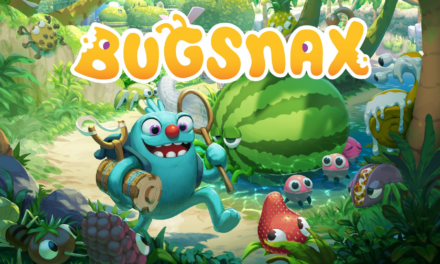