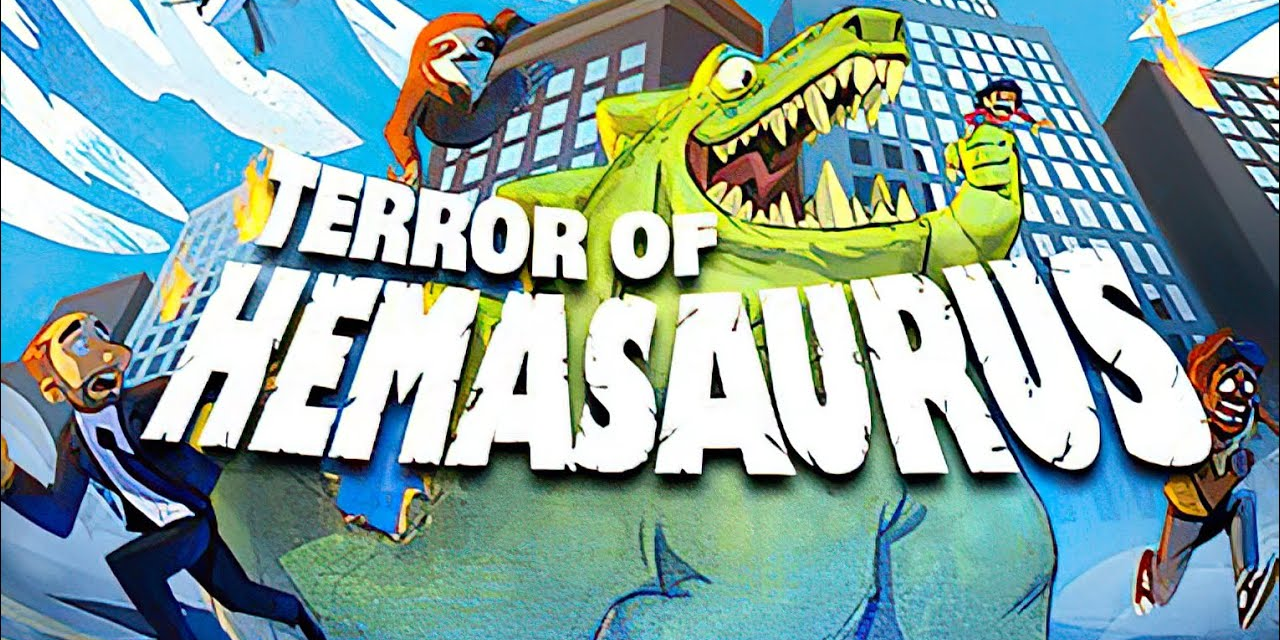 Alright, I’m going to say it. I didn’t care much for Rampage. It looked appealing and allowed you to do some cool stuff, but it’s directionlessness made me tire of it relatively quickly.

Terror of Hemasaurus seeks to rectify that by being a Kaiju simulator whilst also giving you a story containing a variety of different tasks to achieve. It certainly sounded like it may be enough to `grab my attention. After all, if the developers of Super Blood Hockey can make me care about hockey, then perhaps they can do the same here with their Rampage-like.

Many thanks to Digerati for the review code. 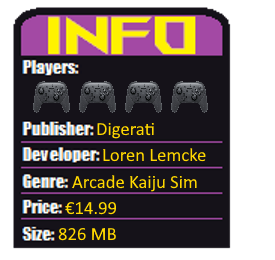 GRETAZILLA
To say that Terror of Hemasaurus has a plot would probably misrepresent it quite a fair bit. There’s certainly a story here, but trying to condense it down into a summary isn’t quite as simple as it sounds. The setup is relatively simple, revolving around a world on the brink of a climate disaster that is essentially ignored by the vast majority of humanity. Sure, they set up climate meetings to address it, but refuse to do literally anything as icebergs are comically melting behind them.

Unfortunately, one of those icebergs happens to contain a giant monster (your lizard of choice) and drifts straight into the hands of The Church of the Holy Lizard, who plans to solve the climate crisis by killing everyone. Can’t have a carbon footprint if there are no more feet, I guess. From there, the game’s plot goes off into puppy cuddling, ghostly children, a meta-videogame inside a video game, time travel, aliens, and much more. Whilst the majority of the game focuses on the billionaires destroying the planet, there’s also far more nonsense going on here and it seems like you – the humanity destroying lizard – are the only one with any sense of morality.

The story is surprisingly endearing, with quite a lot of humour and meta-humour baked into it. Sure, certain elements may rub people up the wrong way (especially climate change deniers), but a lot of the comedy lands – particularly because of how comically brutal everything is. 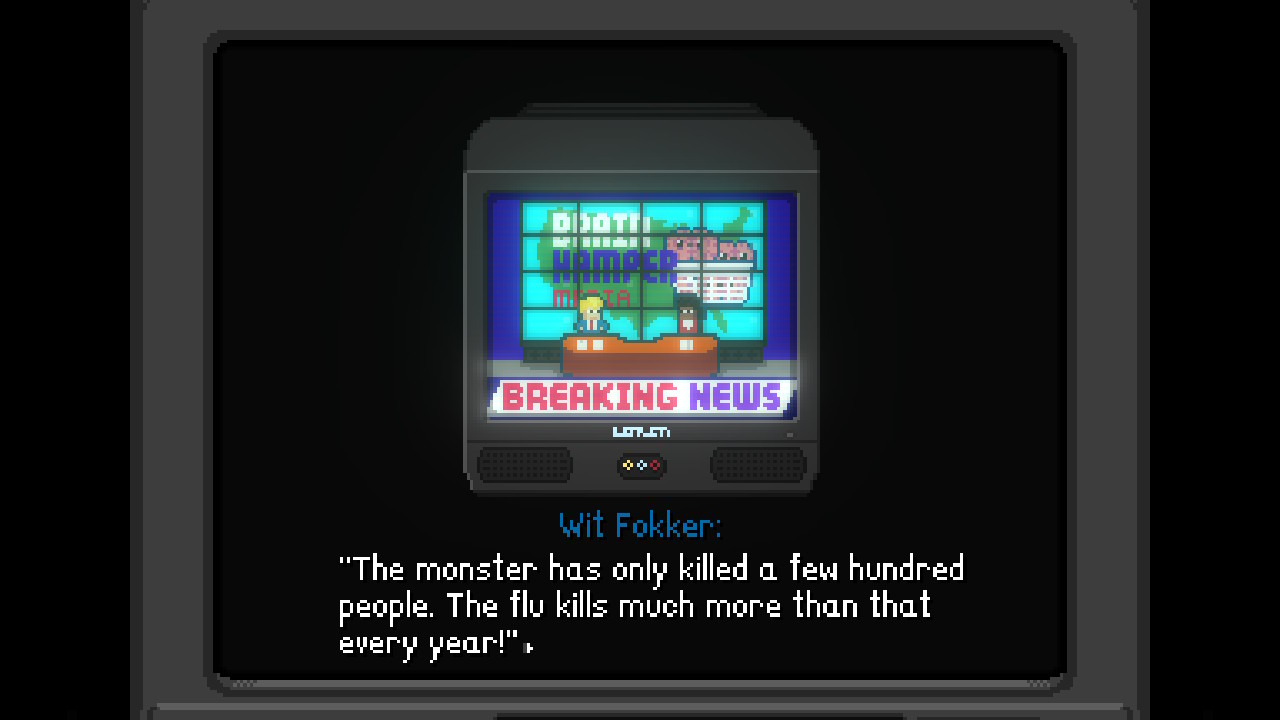 PUT A MONKEY ON IT. MONSTER, MONSTER, MONSTER!
As alluded to earlier, there’s more than a single monster at your disposal. You can choose between the titular character, a mechanised version of the main monster (my personal favourite), a fire breathing lizard, and a …. giant sloth. They play largely the same as one another, but their special attacks vary; my preferred destroyer of worlds is able to fire rockets from his forehead, but the sloth – for example – is able to slow down time. If you have a few friends, the game can also be played co-operatively with up to three other people to help maximise the mayhem.

Most of the stages play out in a relatively similar way, with your creature starting at the left of the city and working their way towards the right. Usually your objectives will at least contain a minimum requirement of buildings that need to be destroyed, so you can punch, kick, and butt smash them to the ground. Climbing buildings prove to be particularly useful, as you can use the height to cause heavy destruction via a ground pound and, when combined with some prior damage to one side, can also cause the building to topple into another. The physics system is incredibly satisfying, and when you get a domino effect happening it makes you feel like a true god of destruction.

As for the scared inhabitants themselves, you can choose to punch, kick, eat and throw them. Eating people will restore some health, but also leads you open to attack if surrounded by armed enemies. Kicking is by far the most useful way to perform crowd control, and kicking vehicles can also help take down buildings and groups of people too. As you progress, you’ll find more armed civilians trying to take you down – not just cops, but tanks and choppers too. Choppers can be a real pain to take care of, but luckily you can throw people into their blades or simply jump from a building on top and punch them down to the ground. Very delightful.

As fun as the central mechanic is though, it would get pretty stale if that was all there was. Thankfully the levels vary up just enough to ensure you maintain your interest. From levels that have you using a giant steel ball to level everything, to ones where you need to juggle enemies, hug pets, or maybe not kill any people at all, the game really tries its best to stretch out the formula as much as possible. There are even relatively frequent bonus levels that set you against the clock as you perform certain tasks on a single screen. The game really does offer quite a lot, and knows exactly when to end. A couple of hours may seem short, but it also stops the game from ever feeling like the concept has been dragged out. 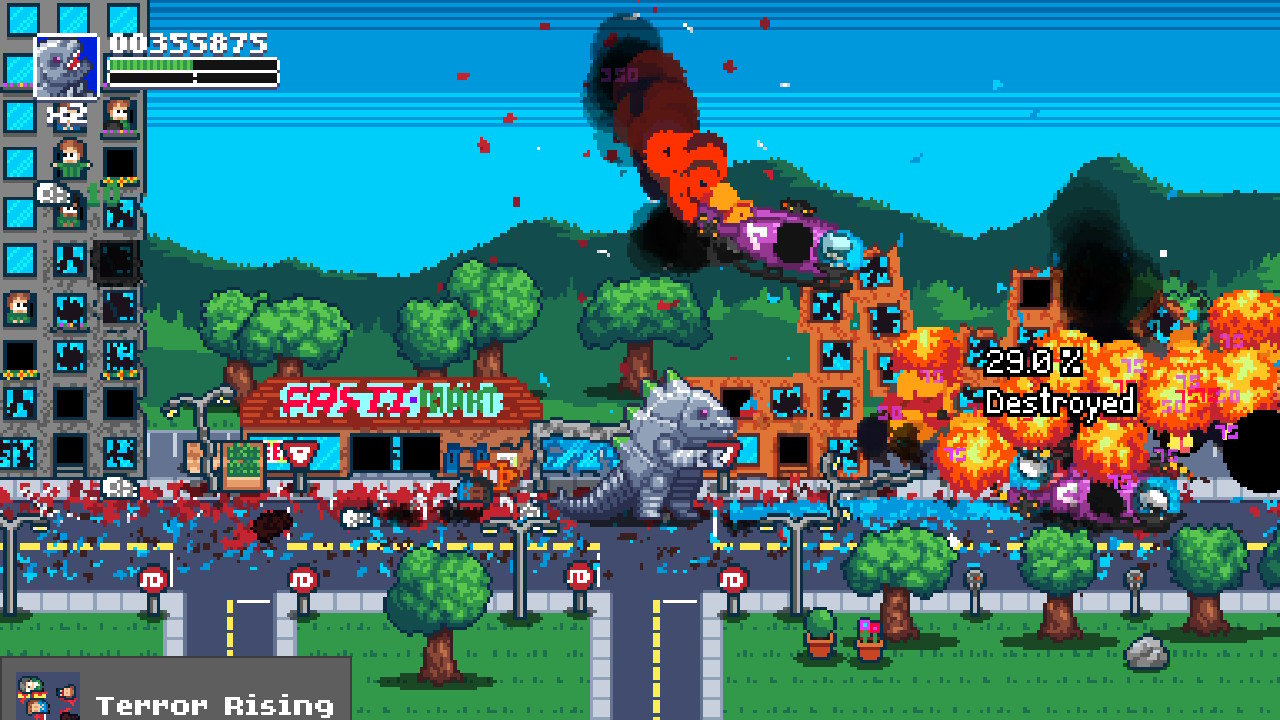 If the idea of a story mode the lasts slightly over two hours seems disappointing to you, you’ll be happy to hear that the game also includes a more arcade-like endless mode that sees you working through a serious of increasingly difficult stages causing come serious rampage. There’s no story here, so you’re left to just cause destruction until you run out of lives. With the military quickly coming in, things can get pretty tough – thankfully you also get some of your play toys from the main game to help make destroying things a little easier.

It’s a really well put together game, and the inclusion of four player co-operative really helps make this a game you can come back to with friends for some mindless fun. Add to that some beautiful spritework, solid performance in solo and miultiplayer, and you’ve got yourself a pretty damn good game. 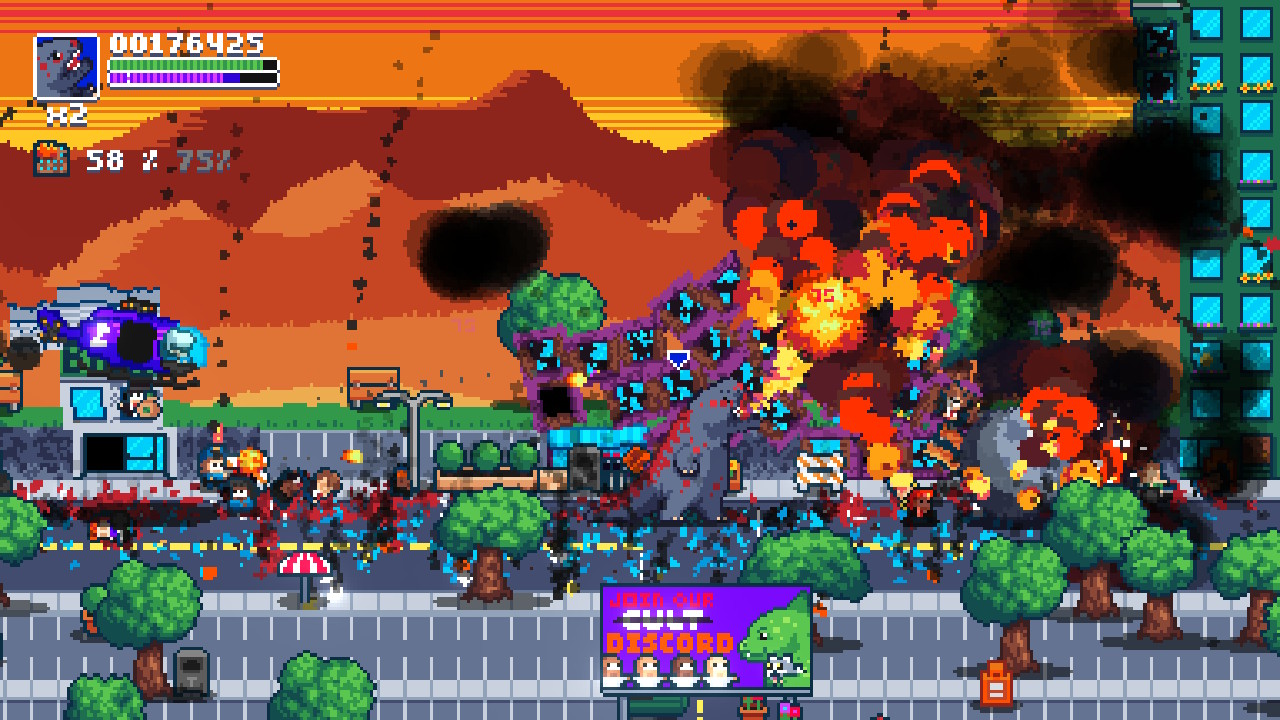 Terror of Hemasaurus is an absolute joy to play for those that want some [lightly guided] wanton destruction. It may not be overly long, but the pure bliss of it all will keep you coming back for more – whether it be alone or with up to three other mankind-destroying monsters! 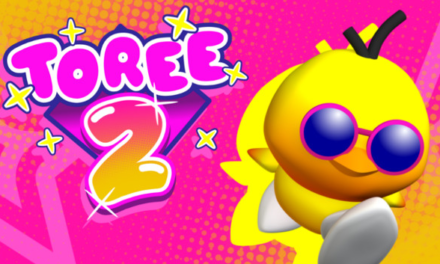 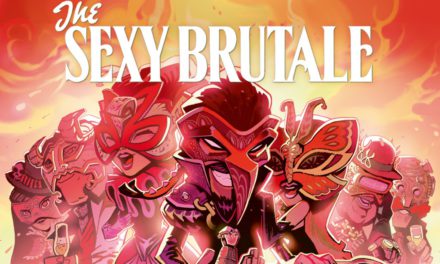 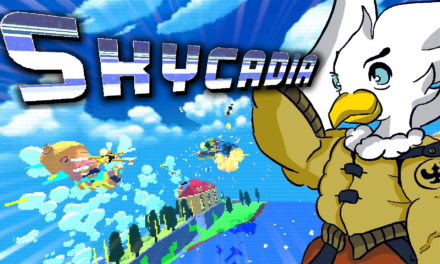 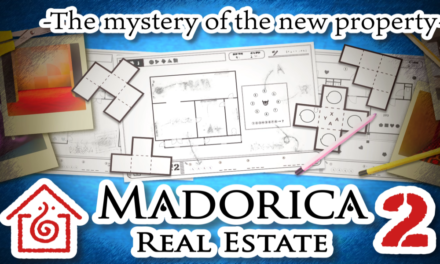