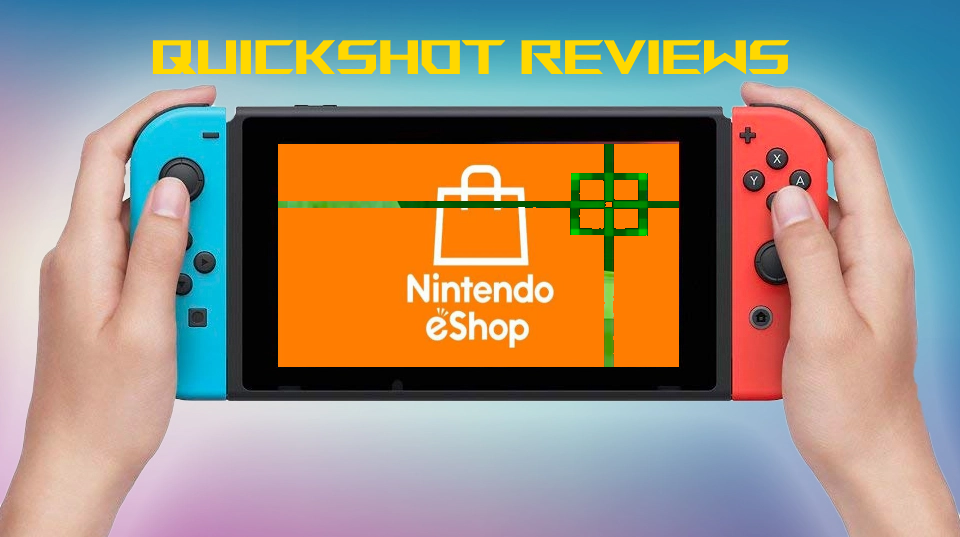 As a self-style 1 bit Zelda-style adventure, UnderDungeon puts you in the shoes of a kitty whose job is to deliver stuff to people. Rather than exploring dungeons, as the name suggests, instead you have to navigate treacherous pathways leading to your intended delivery. It’s a cute little system, and the charming character interactions really help to invest you into the story.

Gameplay-wise, it plays largely like the classic Zelda titles, albeit with some noticeable differences. First of all, our feline friend doesn’t actually wield a sword – instead it’s a magical spell that causes the sword to appear and strike forward into foes. It’s a pretty minimal difference, but this reliance on spells also allows you to acquire quite the varied arsenal, from magical bubbles that trap your enemies (allowing you to shove them into walls or other enemies!) to more standard stuff like boomerangs and bombs.

What really makes the game stand out though is the sheer amount of minigames on offer to distract you from the main game. In the first main level, I encountered an Undertale inspired minigame, and one that had me picking up vegetable onto a pallet in order to help a farmer. There’s so much variety packed into this four hour adventure, and it never stops trying new things – for better or for worse.

One of the issues I found with the game was that the combat was a little bit awkward at times depending on the weapon you are using. Enemy movements and attacks can make hitting and evading them sometimes way more difficult than it should be, resulting in deaths that felt somewhat unfair at times. This fiddliness can also extend to some of the minigames, although I found that they were usually a bit more forgiving.

The other issue is with the black and white artstyle. Whilst other black and white games, such as the sublime Gato Roboto caused me no issues, I found that at times my eyes started to strain when playing the game. My only guess as to why is due to the abundance of white detail that causes a bit too much to focus on, but either way I found myself only being able to play in small chunks.

Check out my video anyway to see whether or not this will affect you. If you have no issues, then it may be worth grabbing.

VERDICT
A charming little Zelda-like that forges its own identity with a variety of minigames to help keep you entertained. The awkward combat stops it from feeling very polished, but it’s still a fun time regardless.

Set in rural Wales, Chris stops at a diner on is way back after being unable to find his way back. The helpful waitress there says she’ll guide you back if she can grab a lift, but unfortunately some technical issues delay your travel slightly. These problems turn more sinister as you witness a horrible creature and find yourself left in the cafe, now seeming like it has been deserted for months.

With no way out of town, you search around the local woods looking for help – only to find an abandoned research facility where you discover that you’ll need to reactivate some devices in the area in order to stop all the supernatural stuff going on.

Story is pretty much the key focus here as a walking simulator, and things get off to a pretty cracking start with the beautiful PS1 visuals and fantastic atmosphere. Unfortunately, things waver once things kick off into full force and you’re left to wander around the woods with your satellite device looking for a way to proceed. You’ll find echoes of the past along the way that fill in some story details and help you find key items, but the map is so large and lacking in any real landmarks that you’ll find yourself wandering in circles.

The story is intriguing enough for the short duration, but it’s not really enough to stop you feeling aggravated from getting lost in a rather dark, featureless, and not particularly scary locale.

VERDICT
I’m sure walking simulator enthusiasts will gain a kick out of the story, but those after a low poly horror experience will likely feel let down – especially after the game’s really strong opening sequence.

Back to RedDeer now for the second time, and we have the oddly names Fury Fight: Gangsters of City. The game caught my eye due to the graphical style that I found visually pleasing. Sue, they’re low poly models, but those visual triangles make it look pretty unique for the most part.

Unfortunately the visual style is probably the biggest compliment I can pay the game, as the rest is somewhat lacklustre. Whilst the art direction and environments look pleasing and surprisingly quite busy with all the things going on in the background, the gameplay itself is rather repetitive. Each of the four characters play in the same basic way, having a punch, attack, jump, and dodge – the latter of which is made useless by how slow it is to perform and how impossible it is to anticipate attacks. Not that it matters much, as enemies consist of surprisingly friendly looking NPCs that wander towards you when you’re in range and start punching. If you take it slow as not to get overwhelmed, you can quite easily just spam the attacks and take them all down with ease. Even when a group attacks you from all directions, you only really need to dodge to one side and keep on spamming until these sponges finally go down. Weapons can be obtained to help take people out quicker, as is typical of the genre, and these are quite pleasing to use – especially the handgun that just shoots people dead instantly.

But then we get back to the tedium. Through the game’s whopping 50 levels, you’ll be fighting the same enemies in the same environments with no sense of cohesion or plot to string them together. There’s almost no variety in terms of combat nor any type of stage hazards, meaning this game is only really here to help you develop carpal tunnel a little bit sooner.

As a final nail in the coffin, Fury Fight is only playable in single player, which is a shame since having an extra person or two around could helped to hide the tediousness of the gameplay. It may be a cheap beat ’em up, but there’s honestly way better ones out there you could play instead.

VERDICT
Whilst looking rather pleasing, Fury Fight ended up being rather disappointing. Between the repetition and lack of multiplayer, it’s probably not going to win many people over – even hardcore fans of the genre.

As an extremely budget game with a unique premise, I couldn’t help but check out what the hell Tumbleweed Destiny is all about. What is it about? Well, you’re a ball of sentient tumbleweed that is rolling around a tiny desert region in a world that’s about to be destroyed by Aliens. No, really.

How does that work in-game? Well, for the most part it means that your mostly aimless rolling around will be interrupted by a large monster that can be destroyed to earn skill cards that net you minor ability bonuses. It also serves as the focus point for the endgame as you eventually earn enough seed points to destroy the cannon aimed at earth. No, really.

Those plot points though are superfluous and you’ll likely forget about it as you roll around the area racking up Tumble Points. You’re slow, so you’ll want to rack up as much as possible to increase your movement speed and TP earn-rate. It’s the standard clicker format, except you’re rolling around.

Upgrades are pretty dull and only really serve to slightly increase the rate at which you’ll earn points. In order to get to the real meat of the game, you’ll probably want to rack up 7000 TP to fuel the nearby rocket that will grant you further upgrades that are permanent and far more interesting.

The catch? These require seed points to unlock, which are earned by using 5000 TP in order to rebirth and earn a bunch of seeds. Rebirthing will reset all but your permanent stats, leaving you to start over. It’s a very grindy process and not incredibly rewarding either.

VERDICT
It’s hard to really recommend Tumbleweed Destiny, even at it’s low price point. Whilst multiplayer does help to make it more engaging as you see others flying around all over the place with their upgraded Tumbleweed, the fact is that the online will no doubt be dead in very little time. With the grind to make process extremely slow, you’ll probably abandon the game long before seeing the end.

Breaking our usual rule of four, we have a bonus QuickShot review with nOS. A rather curious little offering that promises to provide an operating system experience right on your Switch.

Except, it really doesn’t. What you see in the image above is really all there is on offer here, which will provide a limited amount of entertainment based on how compelling you find the paint tool and how much you like sliding puzzles (those who read my NESCAPE! review will realise that I absolutely despise them). In addition to that, we have a gallery to view both your pictures and some pre-installed ones, a calculator that has some rather odd quirks, and a notebook to jot stuff down.

It’s mostly functional, but also feels slightly limited for the price. The art tool is ok, and the touchscreen functionality makes it usable, but there aren’t that many tools included to make the most of it. I can applaud the inclusion of some rather psychedelic colours, but then the lack of something as simple as a fill tool completely undermines the whole thing. It makes it not only more basic than Microsoft Paint, but more basic than the ’95 version of Paint.

The other ‘programs’ are also somewhat lacking too, as the calculator is far less competent than you would find on your own operating system, and the lack of game selection too could have been improved. Perhaps some integration with RDG’s current catalogue could have made the nOS slightly more useful, but as it stands it’s a pretty expensive tool that doesn’t offer much.

VERDICT
It’s a shame that nOS offers very little, as the concept had a fair bit of promise that  was ultimately let down by a lack of ambition. There’s still potential to be had due to the charming presentation, but RDG will need to add some pretty substantial content updates for the tool to offer value for money. 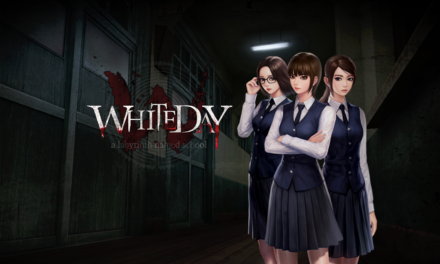 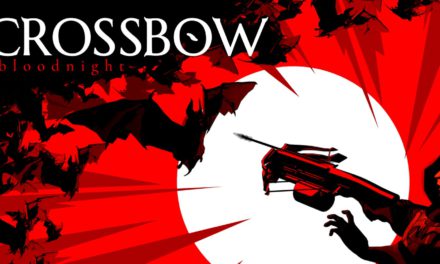 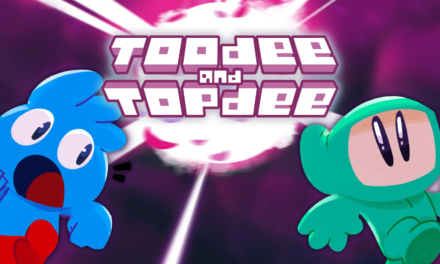 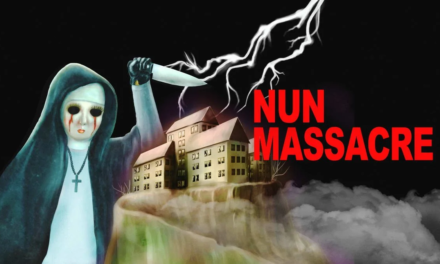